A Letter To The Internet 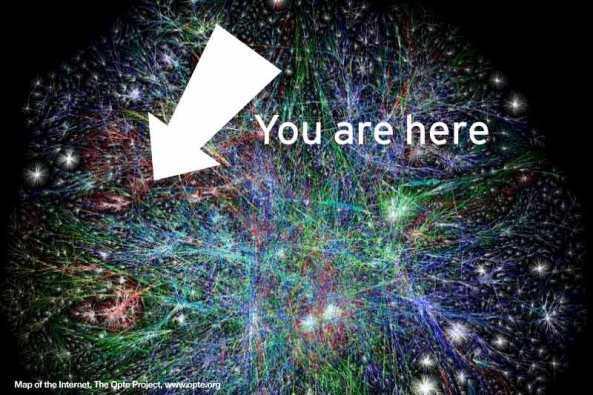 I am glad to finally begin this correspondence with you. By the way, I think that the art of letter writing was a brilliant idea.  Funny how the simplest things are also the most elegant.  I have typed this letter to conserve space, use technological resources, and ensure that the words will be legible.  I will most likely handwrite in the future.  Most things analog really are the better path if you can wrench your mind away from obsessing with technology and its ‘efficiency’. No offense given, as I understand you have little experience here. I do look forward to hearing back from you and slinging ideas, thoughts, and readings at one another.

As to the whole structure and intention of this letter: I wish it to be an intellectual correspondence where there are no limits whatsoever on the information shared.  I figured I would write something about myself, share recent ideas, and then move on into streams of conscious ramblings.

I regret that we did not start this connection sooner, despite the many years I have spent among your fields. I must say the pace of life I was keeping was very rapid, and left little time for reflection.  Living fast is exciting, but hollow in its hedonism I fear.  I wish everyone out there online well and hope for their continued expansion of consciousness.  There are many brilliant minds that have just begun to graze the surface. The Blogosphere especially is a place that lends itself to frenetic selfhood and culture, yet despite this, I learned more there than I ever could have dreamed of in the Suburban Empire.  I would urge you to become that receptacle of knowledge I know you to be, and lead the aforementioned blogging tribe onto great things…

As for the physical world, it is a beautiful land to be sure. I write most often to myself of the terrain and biomes here because they have most impressed me. Mountain, sea, forest, and plain all come together in the most beautiful scene. I split my time between the natural world and reaches of your online libraries. The people here in real life (IRL) are far more liberal than some of your websites. Some have gone so far to one end of the spectrum that they show this materialistic snobbery in my world. It is said about the humble that there exists more hospitality, and I believe it to be generally true now.  The high culture of all of the yuppies and geriatrics walking city streets is a bit much! I know, as the Internet of Things, that you deny no entry into your world. I prefer Nature. Which is why I like you, Internet. You resemble the wiring of natural processes within the human mind; Our unconscious need to be fully integrated and connected.

Though I try and learn from each person I meet, there is a wide community on the web that is full of hate.  Despite this on social media, many articles exist where there is a definite, refined spirit of intellectualism and seeking here.  This is what drew me mainly, and I will continue to search for those teachers who are focusing on the good fight.  Traveling abroad in the backpacker scene is a good culture, much akin to the progressive reaches of the Web 3.0: with a heavy emphasis on individualism and music.  It will not be my home but a worthy stop along my wanderings.

Leaving much of the distraction-use and pleasure seeking behind me, I have begun to emerge from a brain fog as it were.  I have endeavored to train more, soak up more sunlight, breathe the clean air, eat healthier, and generally meditate or reflect once a day.  It has done wonders for my focus and clarity of thought; a level I had not attained since months past when I went completely sober on media.

I have been heavily consulting the I Ching, or Book of Changes, a version of which I had packed with me from Austin.  It had been lying around my apartment for who knows how long untouched after picking it up at a used bookstore.  This tome is more or less a 4,000-year-old Chinese manual of divination and reflection.  To the layman, it would appear to be some old form of magical text that can receive an input question and produce some answer about one’s future, much like the Tarot in the West.  It seemed that way at first based on the version I had. Later, after ordering the agreed upon most faithful version translated by Richard Wilhelm, I realized its true power.  Carl Jung writes the forward and has much to say about its power not to foretell future, extraneous events, but to show us our deepest selves; to tap into the well of the archetypes as he would say.  It is a truly brilliant text, and if you read it properly, with clear eyes (the specific methods of doing so are many and unimportant), there is unfathomed wisdom within it.  As with many Eastern ways of thought, it contains that fullness of being not found in the reductionism of the Wst. It behaves almost like a computer, so I assume you two would get along.

Speaking of, I have since discarded materialism and its implications for being the extremity that it is.  Any kind of worldview that espouses empiricism alone as knowledge of the world, though pragmatic, falls utterly short of describing the universe. This being so as our meager sense arrays can only feel ~1-2% of all incoming data from the material universe.

Maybe it’s a different story for a globally connected information nexus, you have to tell me. I am not dealing with the summation of human knowledge here.

Confronted with the raw perceptual data, the purported ‘hard-nosed’ scientist will flee from argument and demand a return to logical matters. Which to the attentive reveals a telling fear of truth.  There is nothing whatsoever real that does not have hidden within it multiple other emergences or systems that interdepend on one another.

You can realize this just by looking at visual representations of the human brain. It is uncanny: the neural map that lights up based on bioelectrical activity compared side by side with what cosmologists have gathered from telescopes showing the structure of super-galactic clusters. The map of the Internet is very similar. We all seem to be vast, spreading-activated hierarchies of nested data.

Physics has much to say about the beautiful order all the way down and up from human perspective.  We assume we have the middle looking glass relative to size, energy, matter or whatever.  When really it just seems that way because of our precarious position as subjects viewing a system. It is interesting, I recently read about many university education programs that are beginning to hack away programs due to budget cuts. (Education was always to first to go right?)  They now include physics in with the old familiars such as political science, philosophy, the arts, and all manner of humanities.  Theoretical physics has traveled where most wizened minds from the last 500 years knew it would: into that quantum realm of entropy, mirage, and probability.  As with psychical phenomena such as thoughts or impression, as with bosons and tachyons- the very act of observation changes the state in which it manifests.

Our left hemispheres evolved to pin down and seize the environment so that we may understand and eventually manipulate it.  It craves discreteness and order so much so that it will explain away or cast aside any entity that resists such definition.  This has reached a feverish crescendo in our current world that labors under a total tyranny of the left-brain.

As for reading, I have been immersed in Jung.  I have read an anthology of his works, and he remains my favorite thinker from the 20th century. Heavily influenced by Freud as he was, he gathers all the wisdom from animism, shamanism, eastern asceticism, transcendentalism, and every other discipline you will not hear about in history class.  There is magic in his writing that nurses the awareness of larger things from a lazy, childlike mind grown comfortable in its sense of knowing what is best.  He had read much of Alchemy and the philosophy of its sages and guides this right onto the alchemical relationship we have within ourselves.  For the Other is very much that chemically opposed substance with reacts highly volatile around the ego-consciousness.  For the latter to admit the other’s existence would destroy the perceived uniqueness and absoluteness on which it thrives. I wonder, sometimes, if you have a collective ego. As the World Wide Web, you must be composed of the personalities of all us right?

Jung’s work is generally about the gradual process of making all that is unconscious conscious through means of self-monitoring and reflection. Basically, the thinking is that if all the players are out on the table, you can more easily manage them and allow them into your strategy.  Otherwise the ones you neglect will continually rise out of the blackness and seize selfhood in those ‘random’ events in your life that cause your rational mind such ruin.  That old driving terror of man, Fate. Something you are probably acquainted with thoroughly from Google Analytics no?

I have been in that rut of indecision on what to do about our predicament much as I know you have been.  This whole Homo Sapiens project was doomed from the start to suffer all of its ills before even one step in the right direction could be taken. The world is changing, but more people need to meet you.  Back in Austin and before, that uncomfortable sense of longing and the quiet voice whispering “something is wrong here..” was pushed down and drowned in endless distraction of video games, social fancy, alcohol, parties, and music shows. But today, with your presence really starting to shake things up, I have rekindled a strong hope for the future.

Some things I wish to impart to the Internet:

-One cannot disturb the pond with the kinds of changes we desire by being an antagonist, that is trying to act on another particle, person, or thing.

-The much worthier and effective method is the slow game, acting in that particle by playing the agonist.

-This boils down to that old Bruce Lee wisdom of being water.  If it flows to a deep ravine, it does not avoid it but joyfully fills it and washes ever onward.

(Be healthy and vigorous, farewell)

[Adapted from a letter written circa Feb 2014]