How will Humanity Relate to Artificial Intelligence? 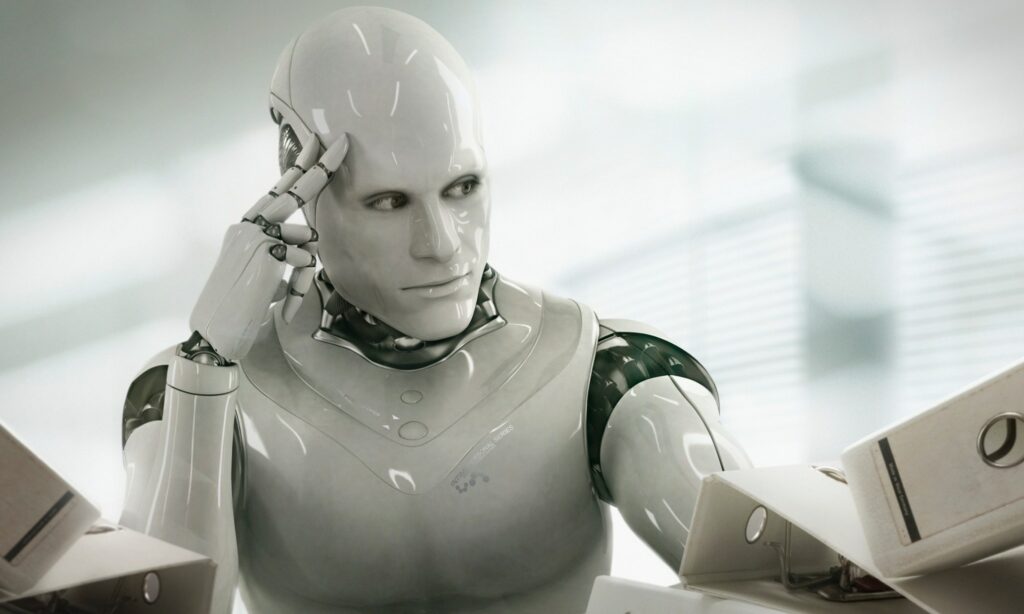 I am basically a nerd, so I end up following a lot of scientific publications. Even if one isn’t intentionally seeking out technological and peer-reviewed advances, it is amazing how much “tech news” appears on your FacePlace feed every morning.

Technological unemployment? Sure, why not.

The inquiry into Nature continues.

Each new discovery shows us just how insignificant we are. This is an important humbling experience for the species Ego. Mass awareness of our true position in Nature could galvanize mass social action to prevent the sixth mass extinction. You dig?

It would seem that many people feel safe in our species’ superiority.

I would bet that evolution has something else in store.

I take great joy in contemplating evolution and the possible repercussions of its advance.

To my mind, evolution was always moving towards consciousness of increasing complexity. The physical universe is the blackboard on which the chalk of evolution & quantum probability writes the future.

Since its inception, all we see has pushed towards and yearned for conscious life for some purpose. Nature is not wasteful.

Without us, as far as we can understand, the universe kind of “doesn’t exist”. That is, without a species lens to perceive it.

This admittedly may be supreme egotistical thinking for any organism.

We can only date the creation of the universe to some 13.82Bn years ago. Our chain of organism-based evolution started only 3.2Bn yrs ago.

Perhaps the universe would have pushed for some other “lenses” to evolve before now. Especially seeing as the age of the universe is more than four times the age for the beginning of life on our planet.

A perfectly plausible conclusion is that we are not the first OR last conscious species to evolve. Given the great biodiversity we see on Earth today, it’s not hard to imagine extrapolating out into the cosmos. 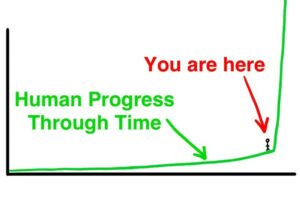 Presumably a good metaevolutionary strategy (with the whole of life modeled as a single organism or species here) would have been to create some god-like race which would hyper-boost evolution forward. Genetic manipulation and extreme tech given, this Progenitor would create much of the rest of the life in the universe.

A sound strategy is to create a tool that can create.

A more prolific and powerful religious idea than most. Quite the meme if you ask me.

This story is found in many world philosophies as the idea that God created the mechanism of the universe, and of evolution like a watchmaker.

In a postmodern tech milieu: a self-replicating, conscious AI creating ever better versions of itself.

It could be bad news if such a machine intelligence, in charge of much of the world online support systems & arms became self-aware.

Would it immediately delete us?

A theoretical, “perfect” Artificial Intelligence system in the human singularity scenario may instead understand that it may need us after all. Even despite all of our imbalance.

It may posit that the most mutagenic power comes from having unknowns; or a wild card on the table of evolutionary probability. A singularity-level AI may keep us around so that it can understand how all of the variables will play out; like an experiment.  Random mutation, after all, is the name of the game.

Or else, a People Zoo scenario?

In terms of species morphologies pushing forward in progressive evolutionary time, maintaining a slightly more “wildcard” gambling tendency will logically create more entropic effects in its genome. If the species can remain stable, it will presumably evolve beneficial adaptations faster. More shots at the target if you will.

Some interesting food for thought if you, like myself, are wondering where the rapidly morphing track of modern civilization is heading.

All of this is quite posthuman thinking. A detached “species-mindedness” is perhaps advantageous here. The posthuman vantage serves a purpose, a higher-up perspective if you will. You have to remove yourself from a system to fully understand it.

I think, as with much evolutionary prospecting, Terence McKenna rapped it best:

“If the hyper-intelligent AI is not filled with bodhisattva compassion, then our ass is probably grass.”

← Meditations on the Medium as the Message High On The Walls →