What the Second Law of Thermodynamics Says About the Human Spirit 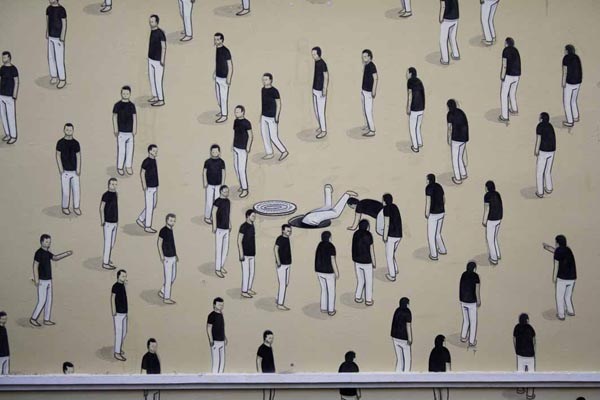 The Second Law of Thermodynamics states that the state of entropy of the entire universe, as an isolated system, will always increase over time. The second law also states that the changes in the entropy in the universe can never be negative. (source: chemwiki.ucdavis.edu)

The physicist Erwin Schrödinger talked about trying to classify what it is that separates a thing apart as ‘alive.’ He arrived at the conclusion that the only characteristic living things seemed to have that was fundamentally different was that they turn the process of increased chaos on its head. They produce order from entropy instead of the other way around.

This idea maps well onto the forces of organization and entropy in the universe. The 2nd law of thermodynamics states that in an isolated system (which we understand the universe to be) the entropy level can only increase as the complexity of matter and energy increases. Evolution on the planet has certainly followed this trend, but with an equal or greater force of rising organization. The debate remains on whether evolution defies this 2nd law.

In the terms of philosophy and an older Greek psychology: All actions reduce down to Fear and Love (or Eros). An ordering and a disordering principle in the Universe.
They are the Destructive and Creative forces of consciousness. Freud would say here these two forces represent the two unconscious instincts of death and life: Thanatos and Libido respectively.

The Fear of Change is one of the main fears that hold mankind back.

Evolution has coded this into our behavior.

It is an organism’s desire, that when it reaches a stable system it will want to stay there. Like an electron staying on a stable valence, we want to be stable and safe.

Movement and transformation require energy. Much of evolution has favored adaptations that promote “energy misers”. Energy is an expensive resource we don’t always want to use. It involves some risk each time we use metabolic stores to act, by acting we risk our well-being.

We venture into the unknown- the cause for which change is so feared. Without a safe path forward, we have to overcome our inertia to begin motion, to enter into a new state. Mentally we struggle with life’s fluctuations because they are uncertain; avoiding a new environment even if it’s an ultimately more ideal one. We want to reap as many benefits as possible while incurring the least costs. Our evolution has existed in this system of organization impinging on entropy.

Together as a global community, our awareness of and collective willingness to combat entropy is on the rise. Imagine if each one of us sought to align our lives and actions to the maxim of negentropy.

Let us each ask if our lives and actions are aligned with harmonized order or dissonant chaos.

← The Quantum Paradigm Shift Meditations on the Medium as the Message →