What to do about Planetary Overpopulation? 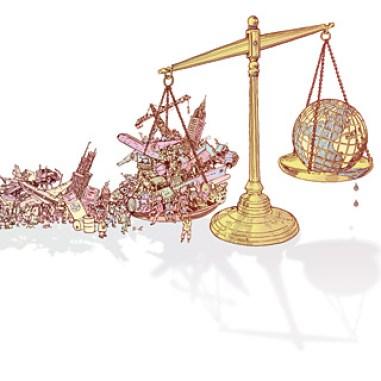 Birth control, what falls out from this societal tenet and political mandate?

First off population control is of grave concern to this planet. As the humorist will point out: Planet Earth has come down with a terminal infestation of conscious hominids.

Everyone has rushed to occupy and work in urban centers over the past 150 years. This has caused a lot of population density, and all of the hygienic, spatial, and socio-economic issues associated with overcrowding.

Not only do we consume far more than we ever produce, but we also breed at an alarming rate that increases as you slide down the socio-economic scale.

According the United Nations, we are talking about the exceeding of the population around 10 Billion by the year 2100.

This is assuming efficient and effective spread of birth control methods.

What’s more, our current consumption levels in the first world are going to far outpace our existing resources. It has been estimated that if everyone on the planet lived at the American quality of life, we need more than 4 more Earths to meet demand. We would need 5 more Earths to live at the level of the United Arab Emirates.

What are we going to do moving forward to either increase our availability of resources, reduce our consumption, or both?

Controlling our own populations and their use of planetary resources seems to be where we should focus our energy. It’s not going to change because we discover more oil reserves…

Of all the raised voices proclaiming solutions to population control, the wisest suggestion I have ever heard went along the lines of each woman on Earth limiting herself to one child.

If the women of the planet decided to collectively do this, we would be halving the Earth’s population in around 40 years, as well as likely re-shifting conditions of gender equality and sex roles.

This seems a bit dystopian at first glance.  However upon closer inspection there is great wisdom in this solution for our grossly bloated species to shift perspective from consumerist quantity onto the graceful path of quality.  A smaller and more carefully disciplined population of emotional, expressive, wise, knowledgeable, and loving humans would be more likely to create a better symbiosis with our world.

This is obviously the ideal, and not realistic given the prevailing geopolitical conditions at the open of the 21st century, but can you not see how elegant a solution it could be?

← The Top 5 Low-Tech Biohacks The Stone of Evolution →